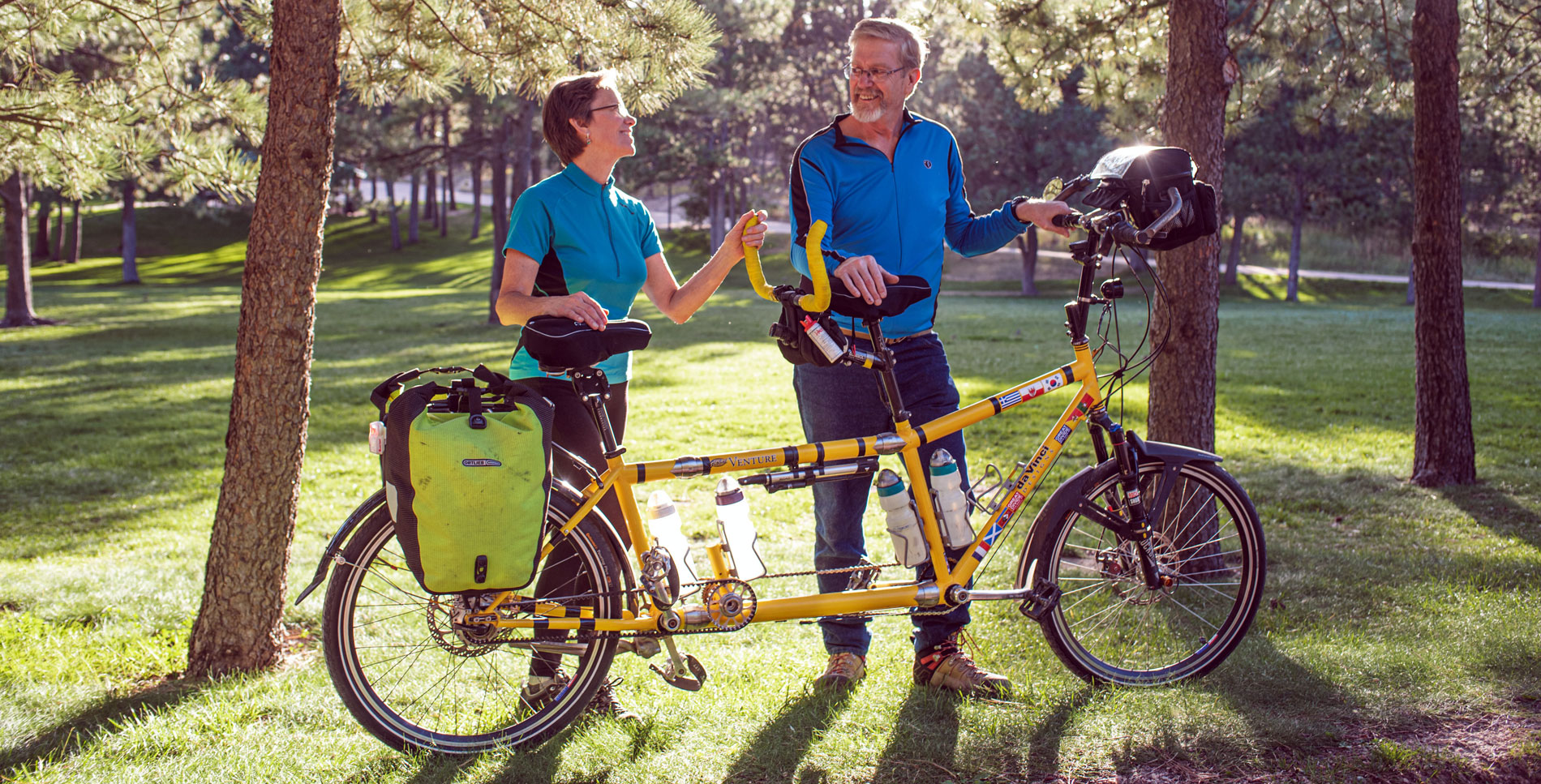 Dennis is a former U.S. Army helicopter pilot, but when it comes to piloting a DaVinci tandem he’s no fool and knows where his orders come from…his stoker and wife Teresa. “The best part of the tandem is the stoker is always right! Which means the captain can’t diss the stoker,” says Teresa.. They tandem because as Teresa puts it, “three strikes and you’re out rule. After three accidents of people not giving way I said I’m not riding unless we get a tandem.” So a tandem they did get. They went to try out a different brands but as Teresa tells it, “Dennis does hard pedaling and as soon as he started it whacked me in the shin. We walked that bike back to the shop and I wouldn’t ride anything but an independent from there.” They found DaVinci and have been riding it for over a decade. . They’ve ridden 19 countries, 4 continents and thousands of miles on their tandem meeting people, making friends and telling stories everywhere from Morocco to Japan to Chile. After all those adventures they just can’t get over owner Todd Shusterman. “He’s a mechanical genius,” raves Dennis as he describes a wide range of modifications Todd has worked out for them. He’s helped transform their bike several times over and even fixed the bike on tight turnarounds when needed. It’s the rare bike brand where the founder helps you customize your ride to your needs.. Next up is an upgrade to an electric assist tandem that the Struck’s have ordered and are excited about helping them stay in the game, traveling and telling stories. Dennis laughs and says, “Our job on every trip we go on is to make someone feel good about themselves by saving us from our idiocy. Someone is always helping us out!”